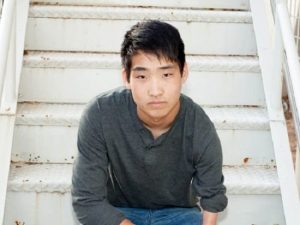 This is Josiah’s testimony, as posted on the Abolitionist Society of Oklahoma’s website: www.abolishhumanabortion.com.

There was this woman in South Korea who found out she was pregnant. Well, two months into her pregnancy she decided to go in and have an abortion. A few months went by after she had had the abortion and she realized that there was a baby still growing in her. As it turned out, the abortion had failed. Well, the woman then decided to go ahead and let the child live and she put him up for adoption after he was born. The baby ended up being adopted by a family who lived in the United States. The baby was fine except he had a deformed left arm, probably caused by the failed abortion that the mother had. Anyways, he is active and does most anything that normal teenagers do. Who might this child be, you might be asking? Well he’s me, the writer of this article.

Now you might be wondering why I’m writing this article. Well, here is why. I would like to point out a few things. First, do you think that I would have wanted my mother to have that abortion and try to terminate me? Heck no! In fact, when my parents told me that my mother had had an abortion it built up some malice towards my birth mother in me. But I have since gotten over that and come to a place where I have forgiven her, thanks to the Lord. But it also gave me an appreciation for life. God saved me from dying a horrible death before I was even born.

So abortionists are always talking about women’s rights. Well what about babies’ rights? Or, like you talk about the women’s rights: what about the millions of little women killed each year by abortion?! Hmmm…what about their rights and the little boys rights? Do you think we want someone coming in trying to kill us? Well, anyways, to continue on to my other points.

I was adopted by a family living in a completely different country. This is for those of you saying “well what will happen to the children if we don’t abort them? Their mothers don’t want them.” Trust me, they will be adopted. My adopted family has twelve children, ten of which were adopted! They will be adopted! I mean, if we would stop funding the stuff to do abortions and put it towards making adoption fees lower, many would adopt because many who want to adopt can’t afford the high adoption fees and therefore can’t adopt. So those children will be adopted.

The fact that children growing inside mothers are being killed because they aren’t human is crap. What makes them any different from us besides the fact that they are innocent and can’t defend themselves against these huge abortion bullies killing them? So it is wrong that we are killing our completely innocent offspring. You don`t think that they are humans? Well, I differ with that thought because it was that same thinking that almost ended my life 15 years ago.

Josiah’s mother’s attempt to abort him is fully documented. (You can see documentation at the Abolish Human Abortion website above).

To reach Josiah directly regarding his story or speaking engagements, he can be reached at: someonepresley@hotmail.com.